We are the Engine Builder's Source

Here is a little bit about us and how we do business.

We offer a complete line of products for virtually all of the engines you see coming into your shop today.  Not to mention, a full range of products for Import and Domestic engines. Whether you buy our complete engine kits or individual components by product line, our products will suit your needs. Also, we have nationwide distribution and a sales staff that is second to none! We Do Have You Covered!

Our problem-solving engine parts are engineered specifically for you: the professional engine rebuilder. In fact, while many of the “name brand” companies have been bought and sold over the years, we are continuously dedicating attention exclusively to companies that rebuild engines… companies like yours.

Most importantly, we are passionate about engine rebuilders and serving their needs!

Family owned Enginetech has been delivering the goods to professional engine rebuilders since 1982.​ 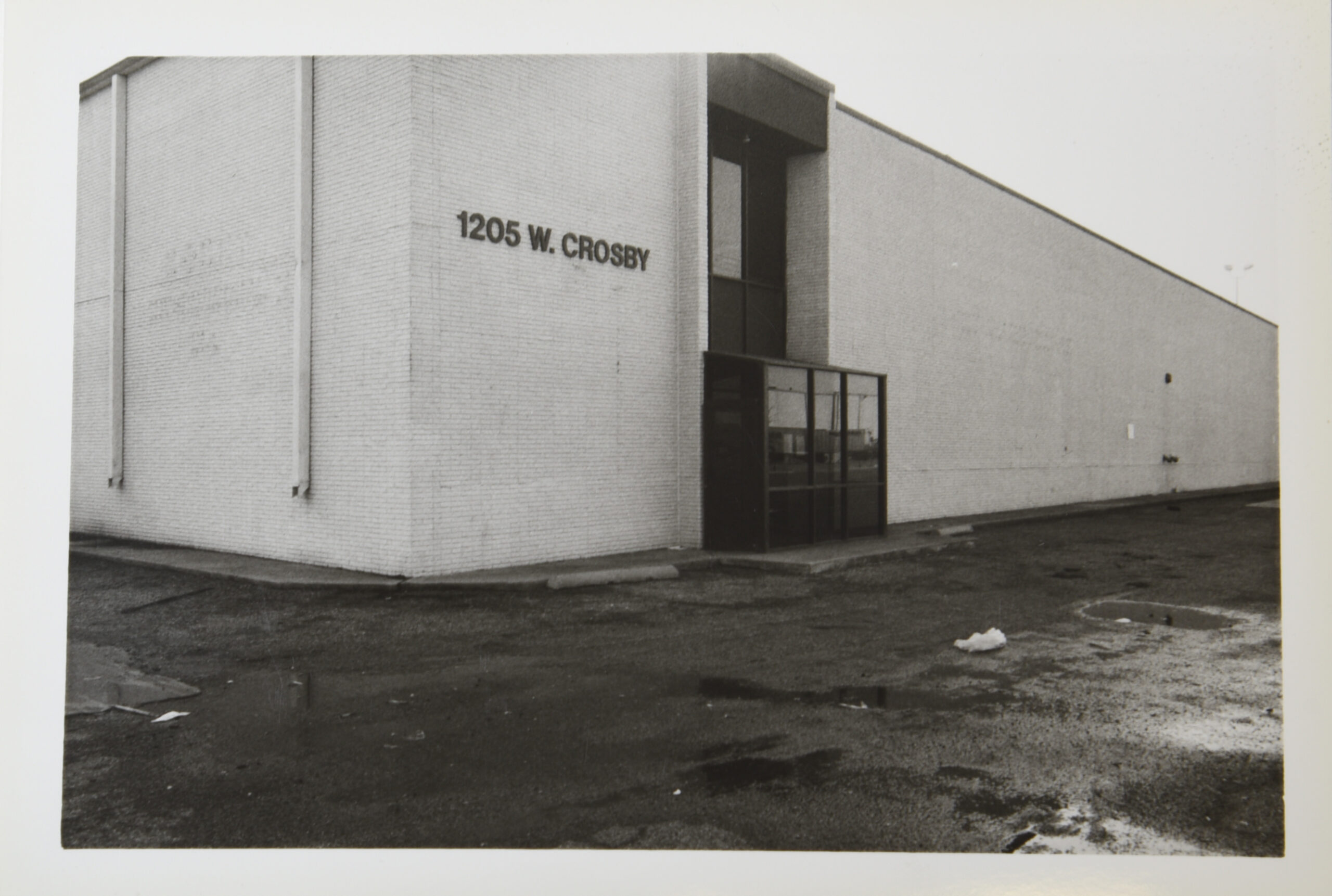 The beginning of Enginetech’s story started in the year 1973. At the time, Fred Currey owned a company located in Lovefield that remanufactured helicopter and light aircraft engines. He was having problems finding a reliable source for pistons to use for rebuilding his engines. He discovered a company called Metal Leve, located in Brazil, that produced great pistons at half the price of any American manufacturer. He decided to import their pistons to America to use for his business. This resulted in a tremendous cut to his costs, higher quality rebuilds, and faster remanufacturing.

Because of his success, the opportunity to resell these pistons opened up for him. Metal Leve proposed the idea of buying their pistons in bulk to sell to engine builders in the U.S. Fred liked this idea and told Metal Leve to send him a full container and give him 365 days to pay them back. He was the first person to import parts in volume to resell in the automotive business. He was able to sell the full container of pistons in about two months.

Fred was primarily selling Small Block Chevy and Small Block Ford pistons because they were so popular at that time. He continued to purchase containers and resell them quickly because the demand for engine parts were extremely high at that time. Since the cost of the pistons from Metal Leve was so low, Fred was able to beat out all other competitors on price. 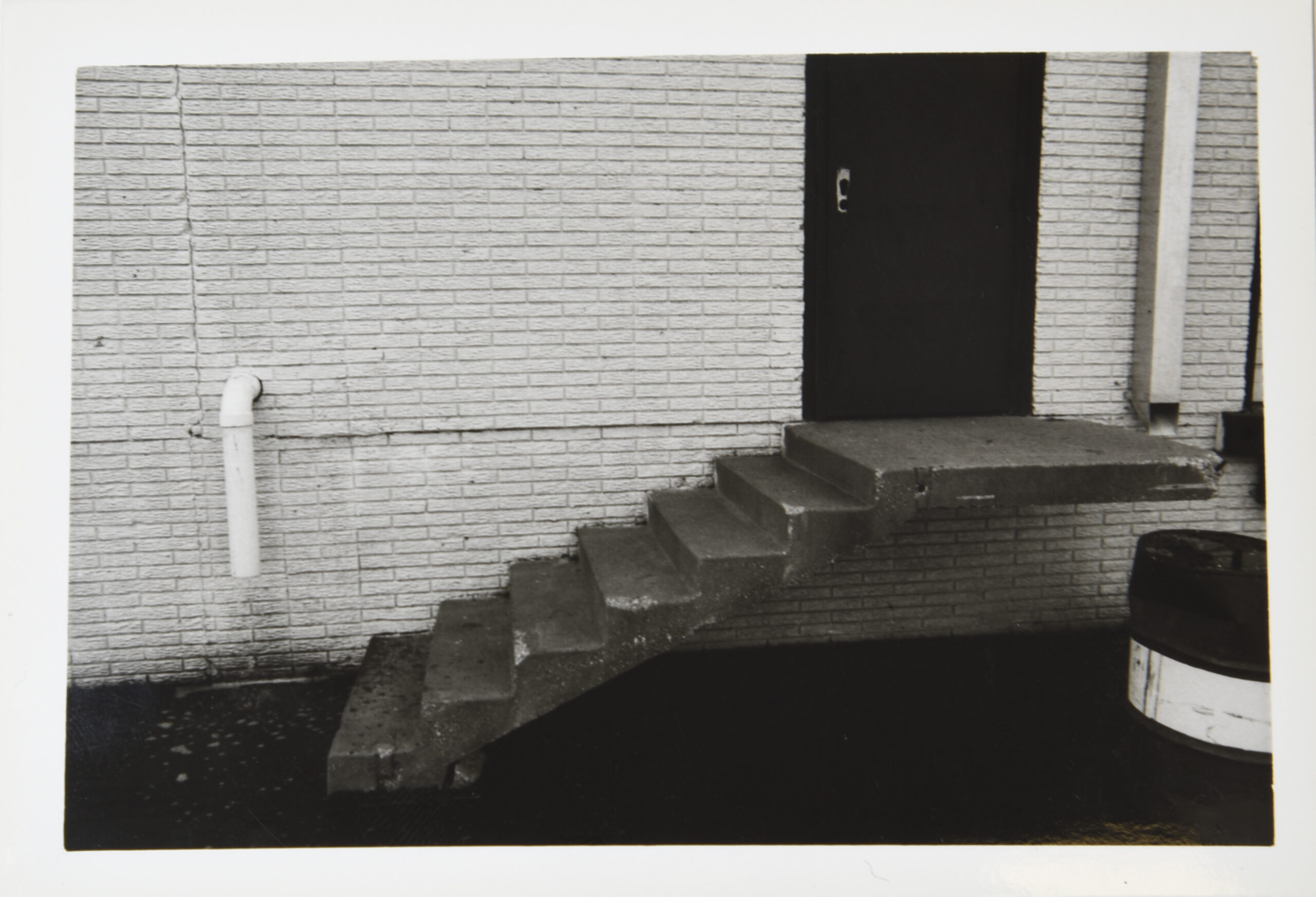 When Fred started to experience major success, he decided to turn it into a real business. Enginetech was founded in February of 1982 on a “shoe-string budget” by Fred Currey and his business partner Craig Lynch. Fred and Craig bought an office with a warehouse and hired a few teammates. More and more vendors started contacting Enginetech to start new business relationships. 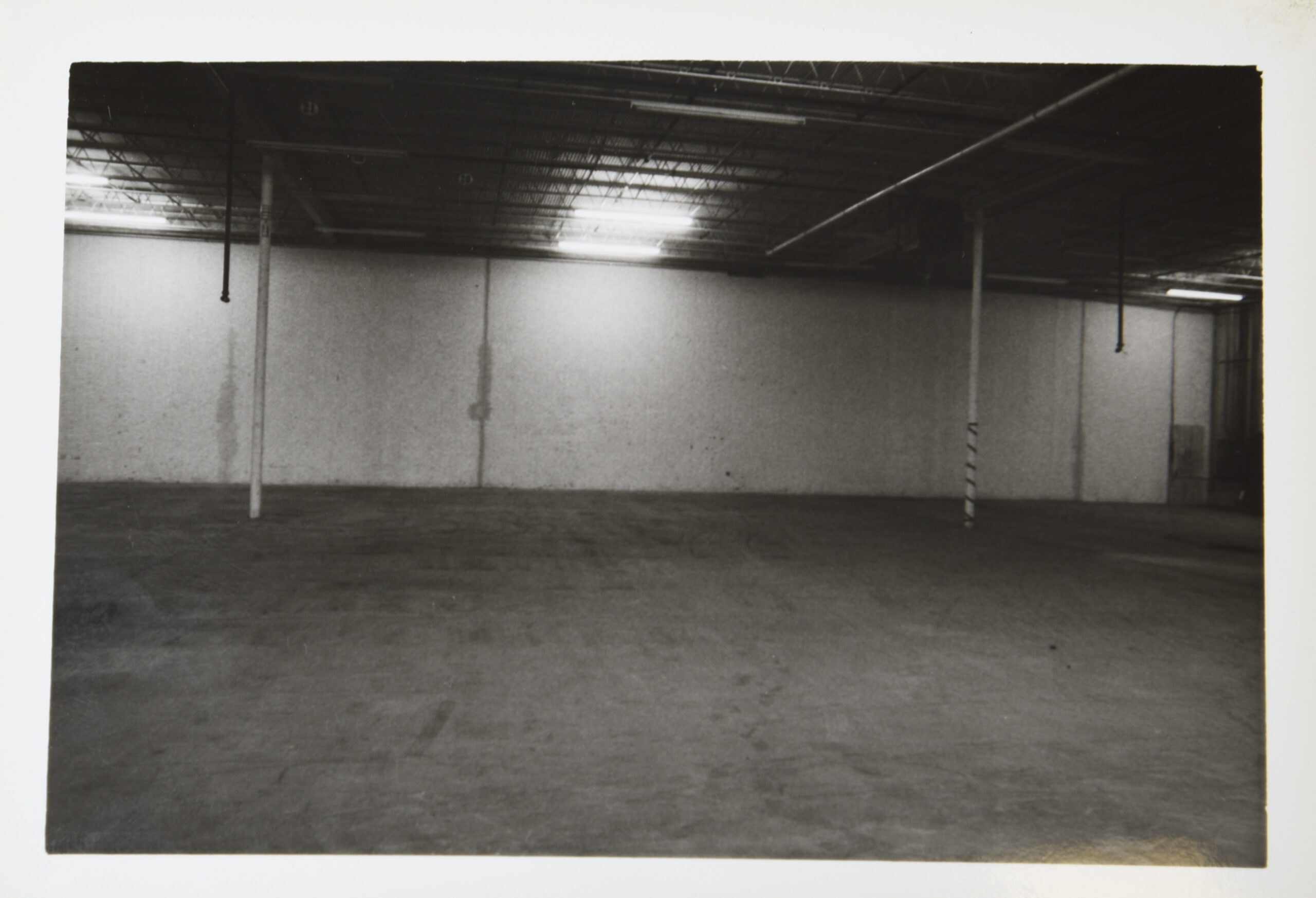 Enginetech became a “raging success” and began expanding the product line-up. By 1994, Enginetech had added so many product lines that we became the “One-Stop Shop” for engine rebuilders all across the world. However, as technology progressed and as engines started to last longer business started to slow down for Enginetech…

At this point, Enginetech’s first president, D. Wayne Strout retired (1982-87) to pursue his career in the Nascar world. Enginetech’s leadership changed for a few years but was not a good fit until Bill Buster took on the role of Enginetech’s president in 1989. Bill Buster was known for being a successful finance guy, which is just what Enginetech needed at the time. He brought in his own sales department and things were looking up for the company. During that same year, Enginetech hired a new export sales expert, Joe Munoz. 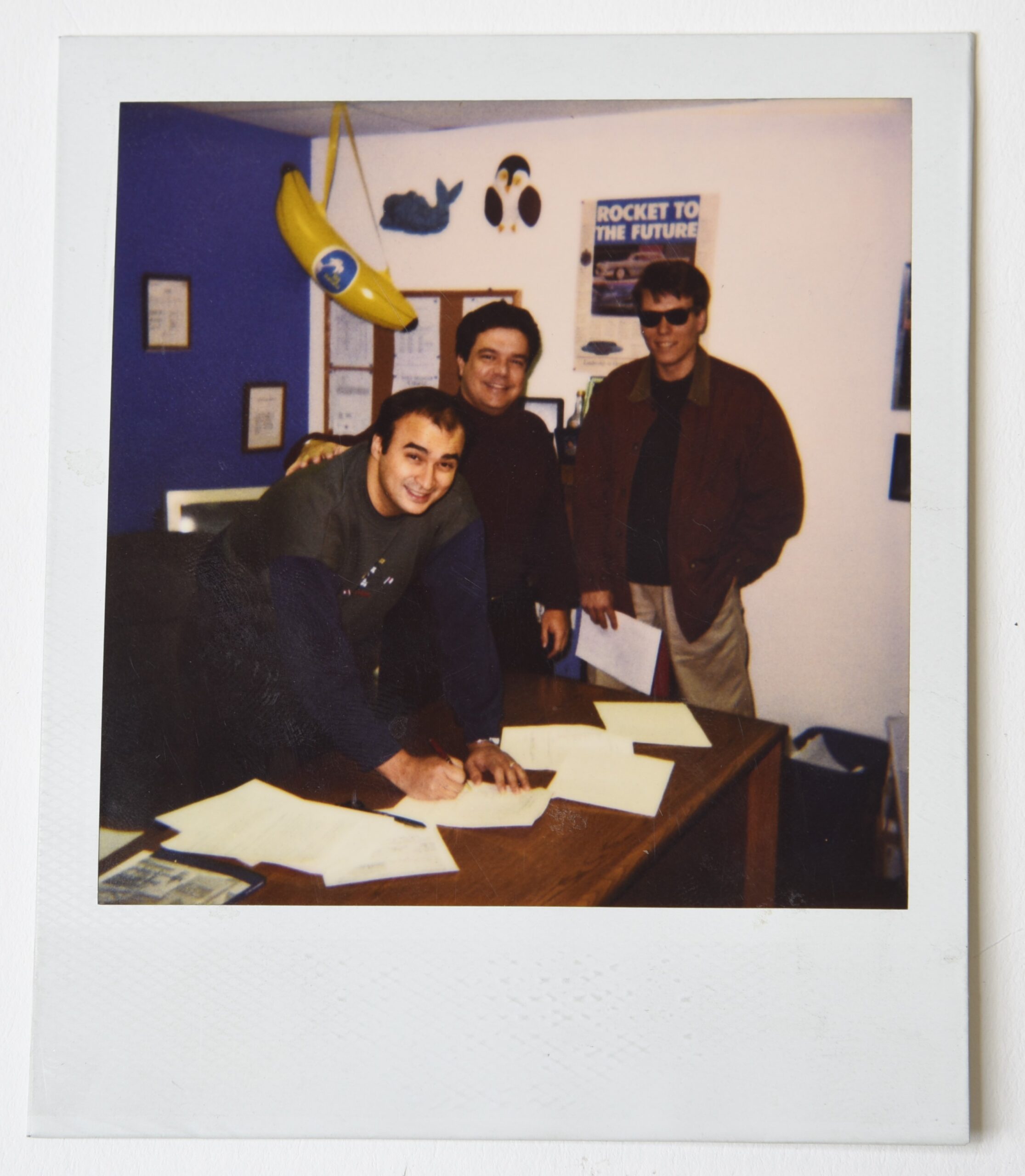 Enginetech began making improvements to their product offering in 1993. Their goal was to become the “One-Stop Shop” for rebuilders around the globe. Despite their upward trajectory of sales, there was still something missing within the company: a strong company culture.

When the industry took a turn for the worse, the company culture began to unravel. The automotive industry and technology started changing. There was a decrease in demand due to higher technology and less rebuilding. As Joe Munoz has said, “failing organizations begin to act like failing organizations” which was the case with Enginetech during that point.

In 1994, Joe Munoz made a sales presentation in Mexico to a major player down there. Fred was impressed with his sales pitch and told him that if he ever planned on leaving Enginetech to let him know. At that time, Joe was the Team Leader of Material Management. 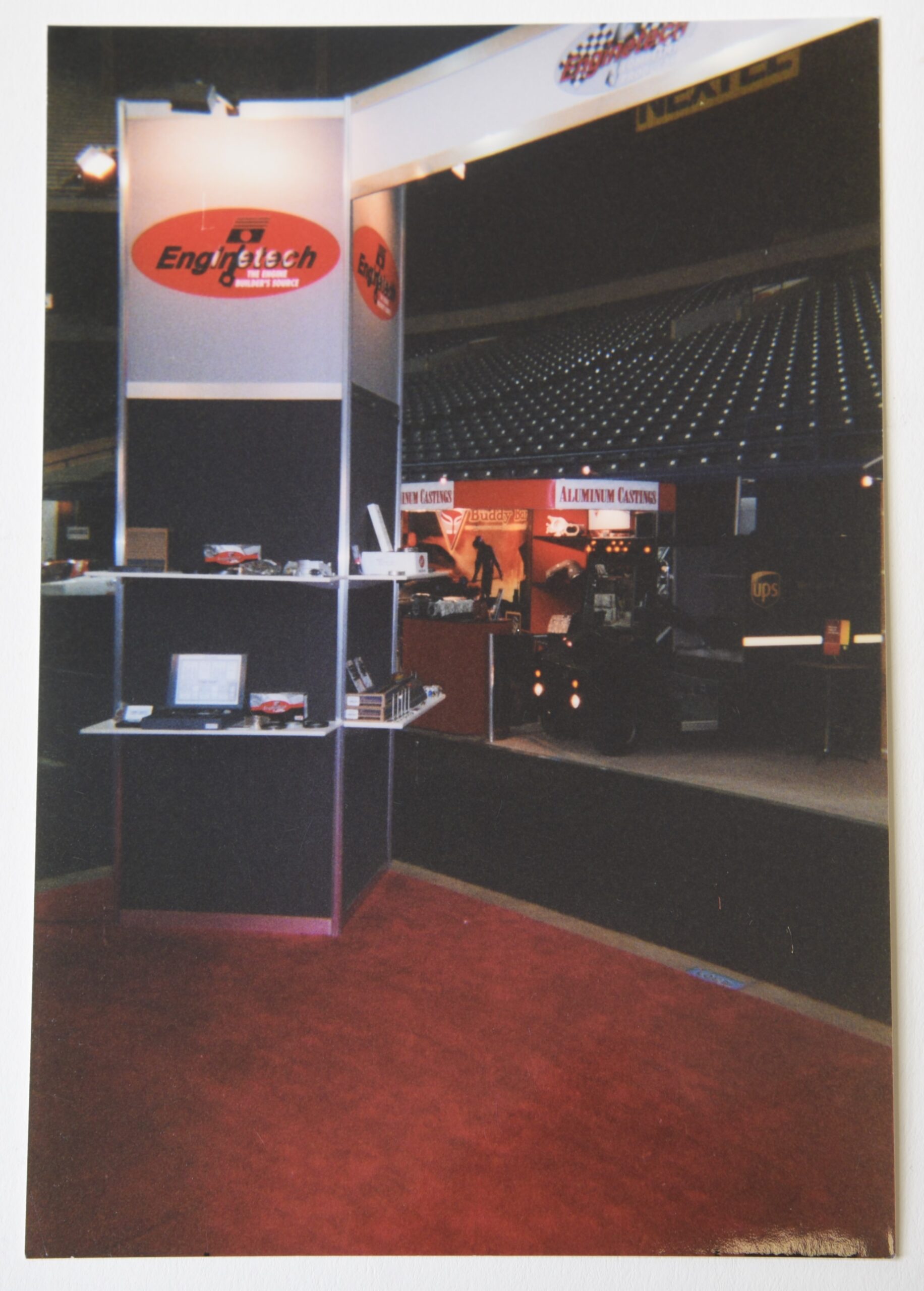 Joe realized how the automotive industry was changing and grew concerned. It was at that point that Joe decided it was time for a career change. Since Joe was going to give his two weeks’ notice to the company, he gave Fred a call to let him know. Fred invited him to breakfast to discuss why Joe was leaving the company.

As Joe explained to Fred why he was leaving Enginetech, Fred ask Joe a simple question. If Joe oversaw Enginetech, how would he improve the business? Joe rattled off a laundry list of ideas as to what he would do and how it would benefit the company. Fred listened to all of Joe’s ideas patiently. When Joe was finished with his list Fred told Joe that they were going to implement his ideas. The first step: promoting Joe to General Manager of Enginetech. 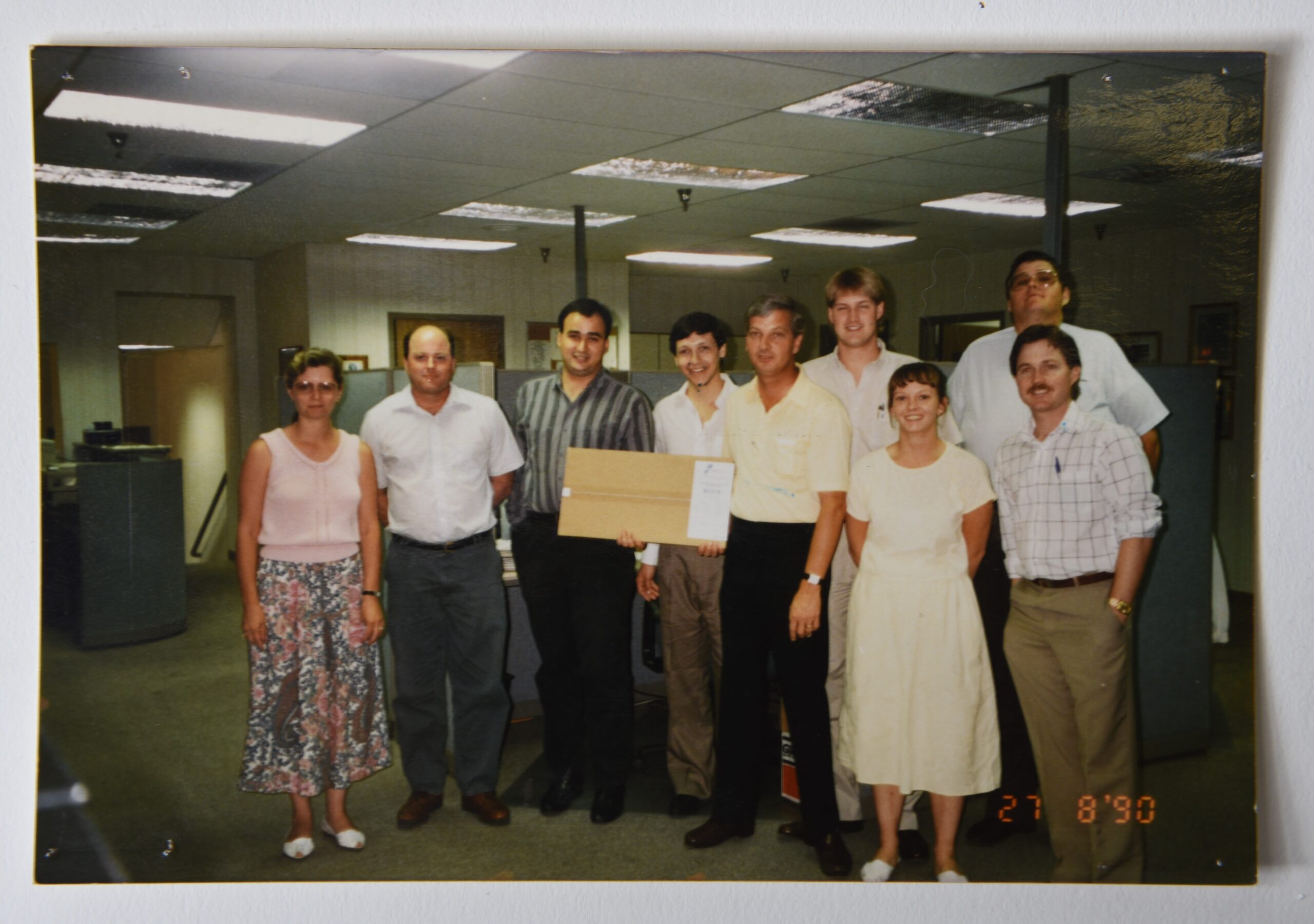 Two weeks later, Fred comes into the office and fires the General Manager and the Sales Manager of Enginetech. Fred came in and said to everyone “I just wanted to let y’all know that Joe is running the business. I don’t want to hear another word about it.” Then, he turns around and walks out. He gave Joe permission to do whatever he thought would be best for the company and Fred would not interfere. Joe made some necessary changes to some of the key roles within Enginetech’s leadership team. 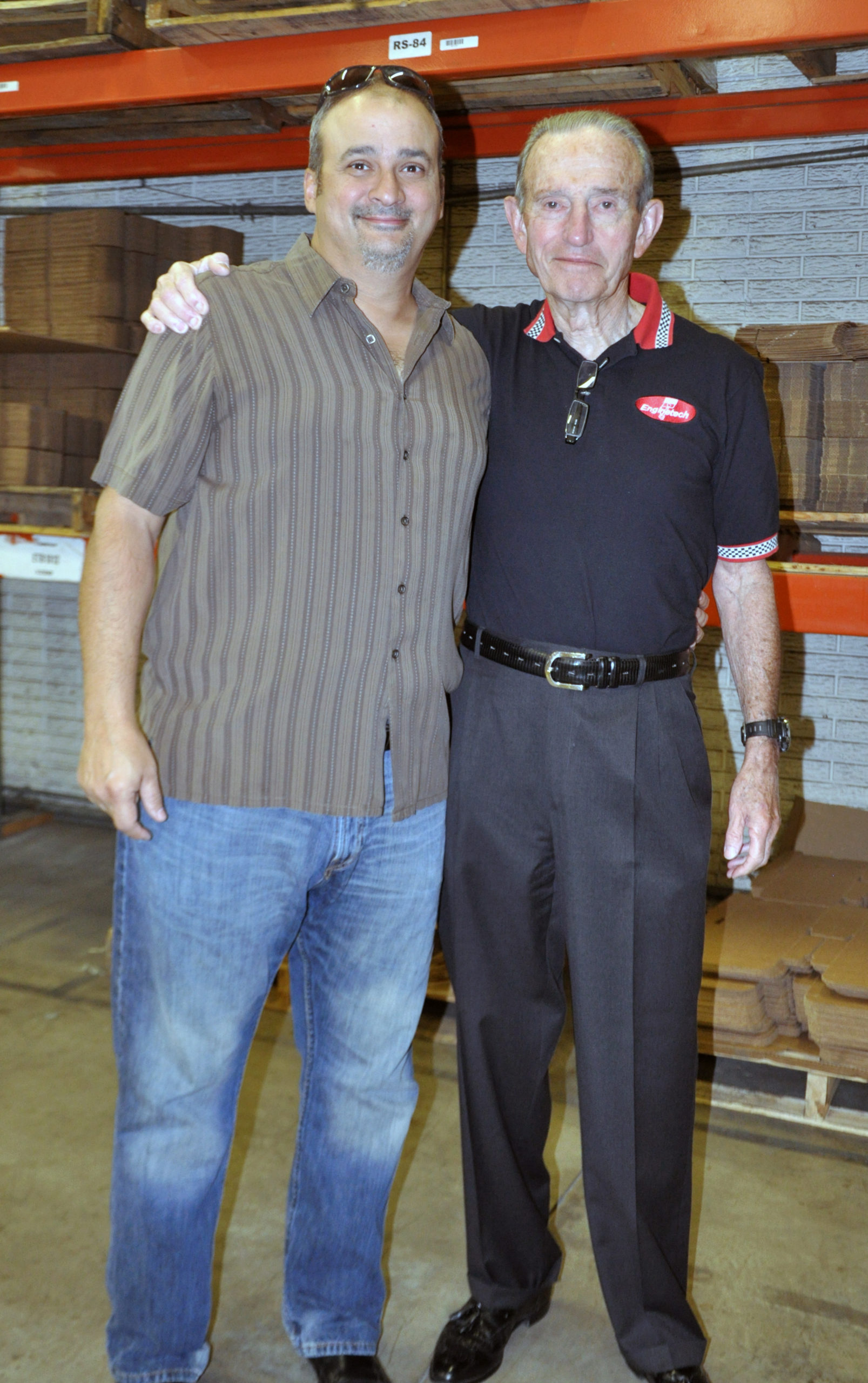 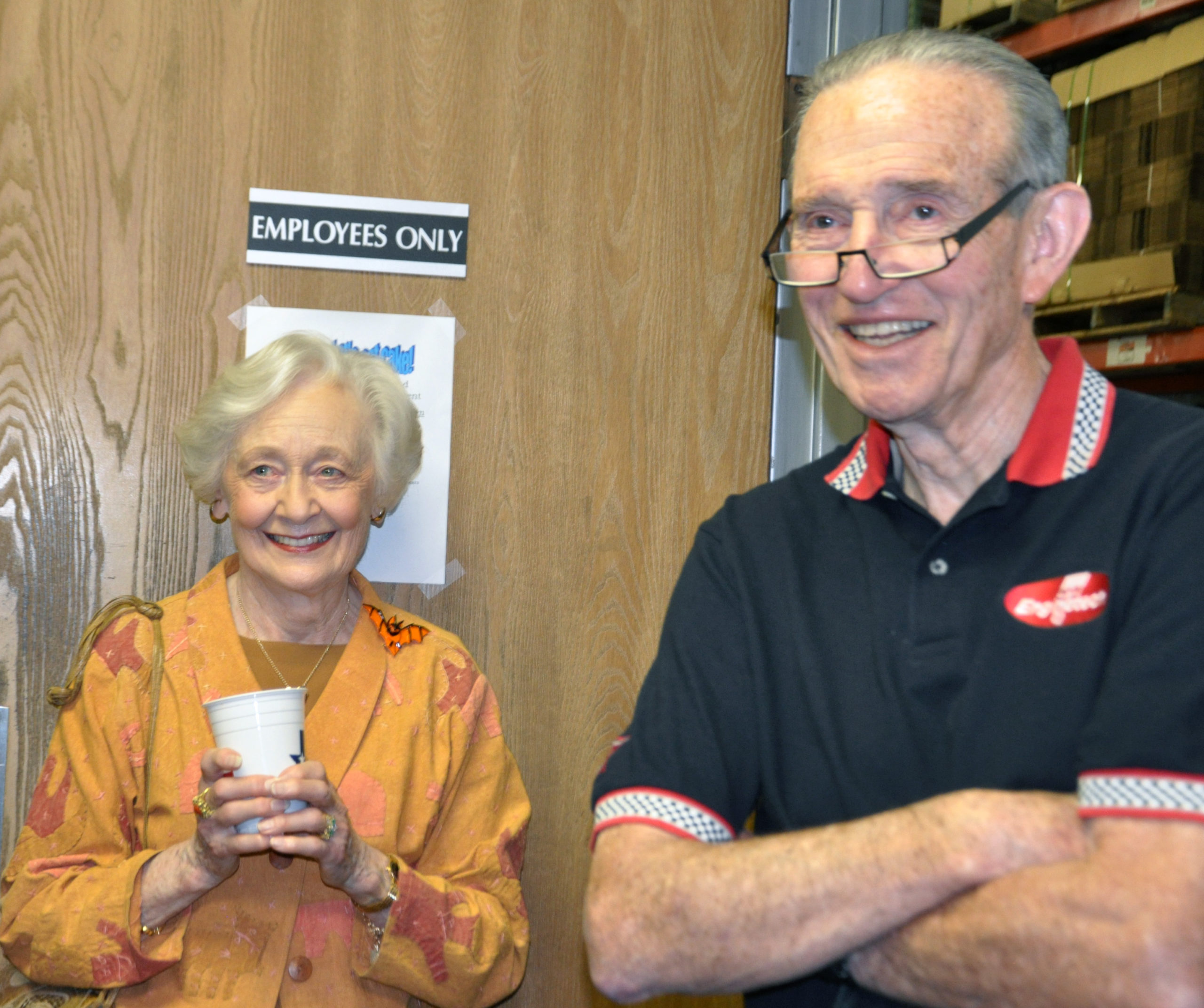 At that time, Sheri Munoz, Joe’s wife was helping raise their kids. Sheri had worked for Enginetech in various manners, such as administrative work. Joe realized that there was no one he could run this business better with than his wife. He asked her to come back to Enginetech to help him completely change the way Enginetech did business. She happily accepted and started taking on new responsibilities. Her passion for sales led her to become the Team Leader of Sales. Under her management, she was able to improve sales strategies and implemented vital sales training.

With Enginetech’s dynamic management team, Enginetech was able to make huge improvements to their business. The need for constant improvement and questioning the status quo became a part of Enginetech’s company culture. The company culture within Enginetech slowly began to change into a family-oriented environment with a focus on always striving to become better. Since then, Enginetech has improved their shipping line design, their e-commerce capabilities, and their order process, among many other improvements. 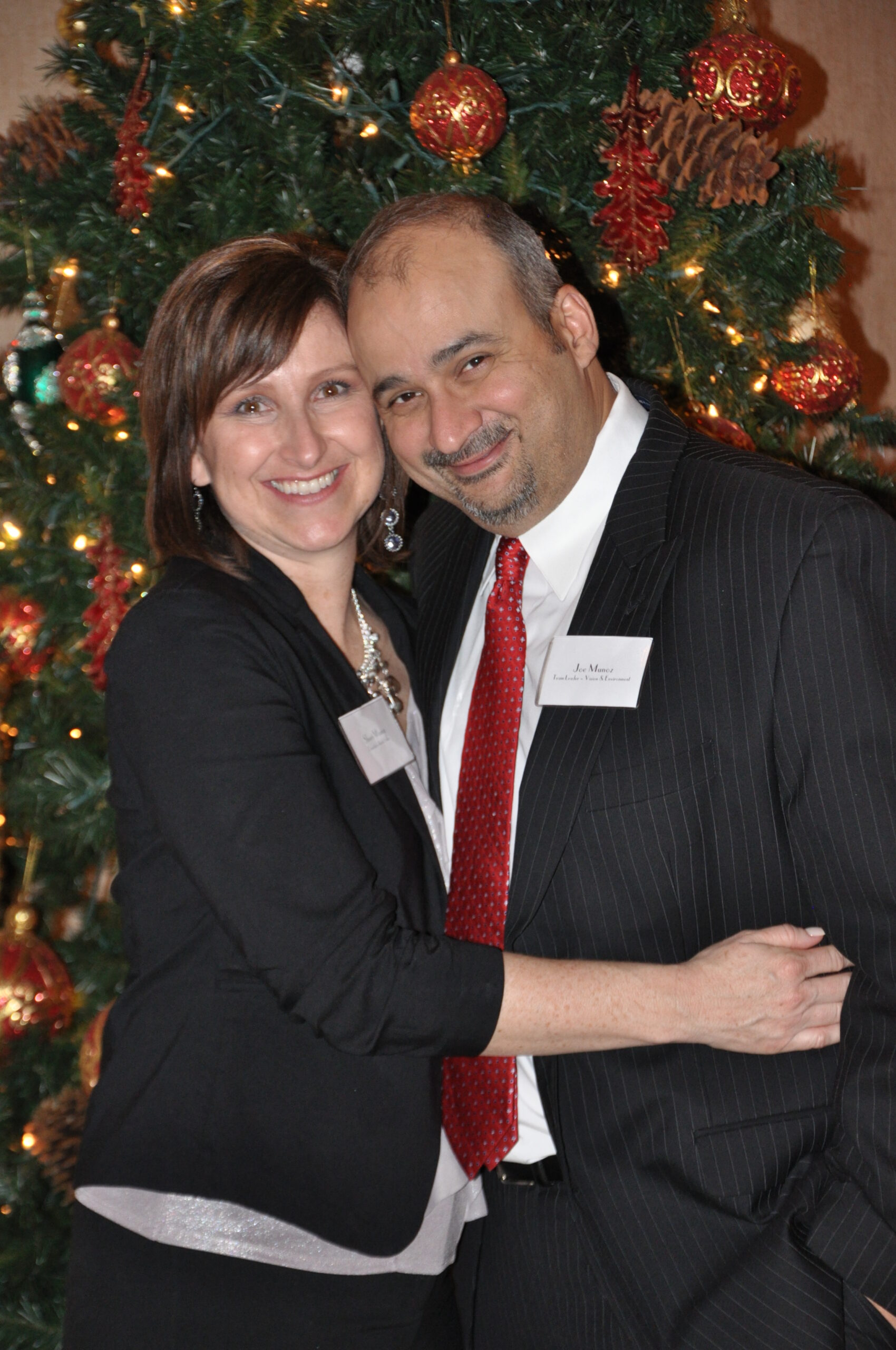 Our Story
“Enginetech, Inc. was founded in 1982 as a result of a longstanding business relationship between Airmotive Engineering, Dallas Texas and Metal Leve S. A. SAO Paulo, Brazil that was built on mutual trust and confidence.
Enginetech, Inc. has grown to be a sophisticated distribution company. By any measure, it’s the best in class among its engine parts competitors and in the rare air at the top of all types of small distribution companies. The trip to the top began when Joe Munoz took charge in 1998 and virtually re-founded Enginetech. Proactive foresight is in the management creed of the company. I am proud to be a part of this success.
The fact that the character of the internal and external culture is similar to that of its’ predecessor is moving to me. An air of mutual trust and respect flows throughout the company, to and from our Distribution Personnel, Support Staff and Management Team. This culture is only present when no one is looked down upon, when people promptly do what they say they are going to do, when all listen carefully to one another and the focus is on the solution of the problem, not blame.
This ethical philosophy extends to our customers. The company slogan “We treat our Customers as we ourselves would want to be treated” is reality at Enginetech.”
Frederick Currey – Chairman & Founder

We continually experience and welcome international growth. In fact, we currently conduct business in 26 different countries.

Need help with an international order? Contact Miguel by clicking below.

Need help with an E-Commerce order? Contact Jasmine by clicking below.

Our Warehouse Network can get your parts to you right away! We know you need immediate delivery, and we’ll do what it takes. Additionally, next-day delivery is available in many areas. Once your order is placed, depending on your location, we electronically route it to the Distribution Center closest to you.

Enginetech efficiently delivers the highest quality engine rebuilding parts to locations almost anywhere in the world. We are working diligently to make life a little easier for gearheads and engine shops around the globe. Enginetech is the source for engine rebuilders.

We deliver to our clients in the Dallas, Fort Worth area. Enginetech also offers clients the option to pick up their order right at our Carrollton, Texas location. Above all, we love being able to interact with our customers on a daily basis. 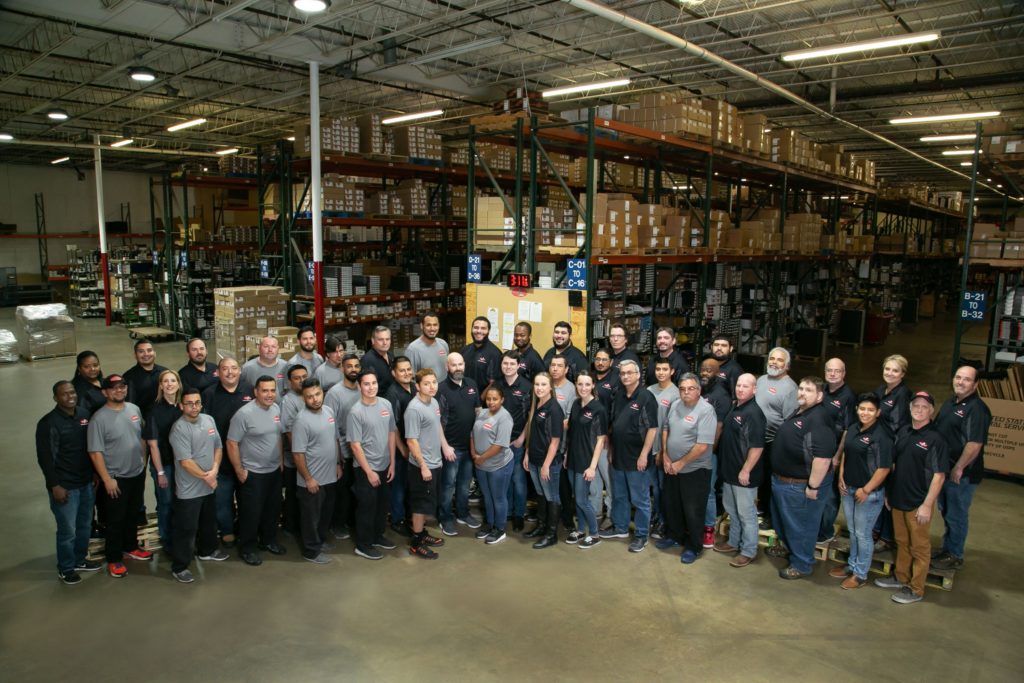 Want to work with us?

We are accepting applications for all positions and we would love to hear from you!

We believe our employees are the reason for our success. Because of that, we encourage employees to voice their opinions and empower them to help generate a more efficient business model. Great minds think better together! Moreover, our company is the perfect place for employees to thrive and to pursue their career goals. So, if you are interested in becoming part of a TEAM, then please apply below.

We are currently looking for all positions. We offer careers in the following departments: 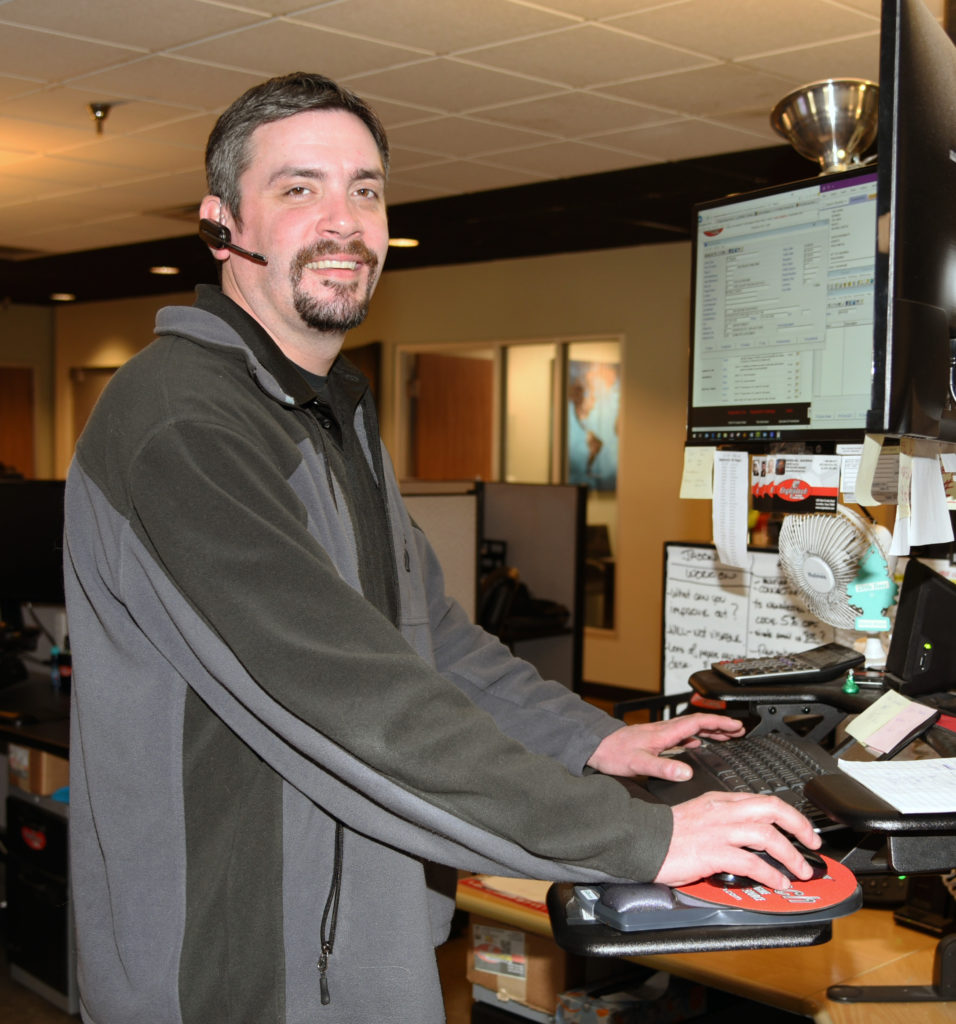 Learn More About Us On Social Media! 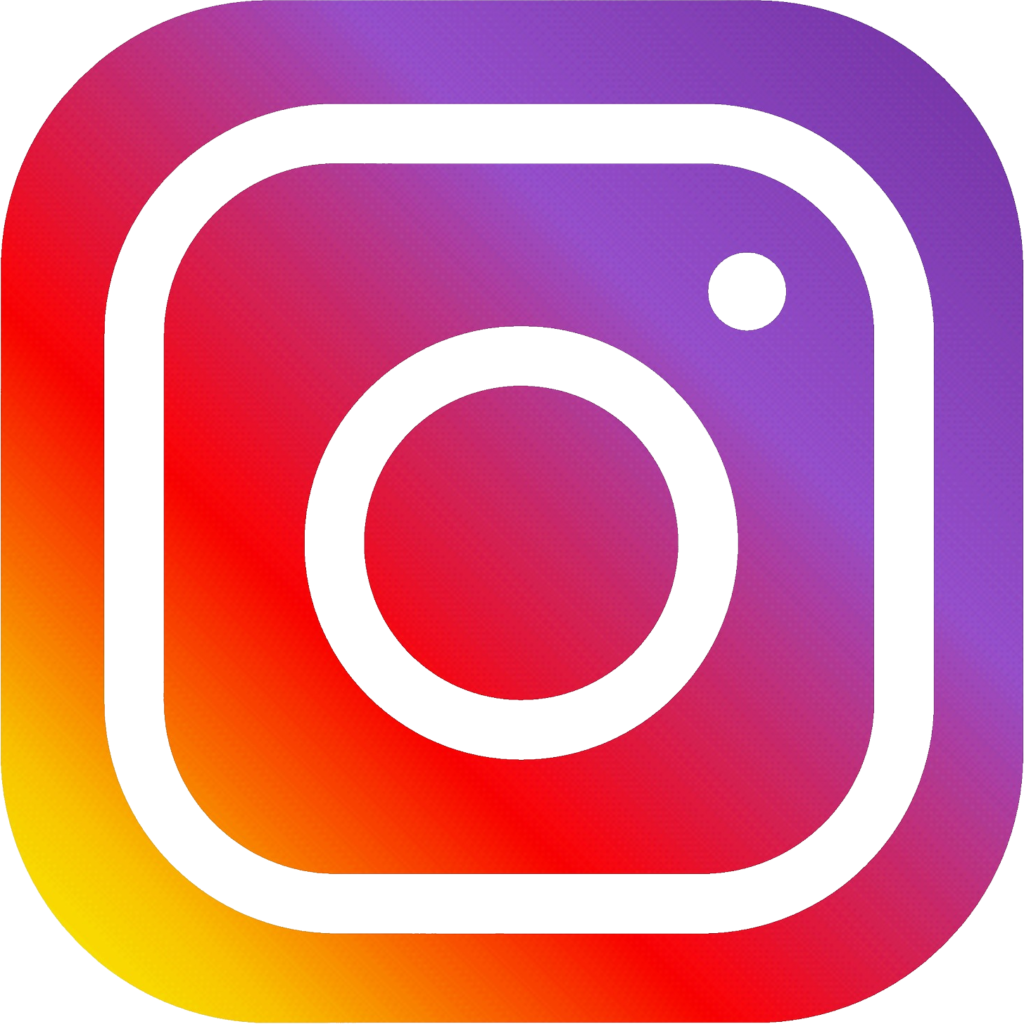 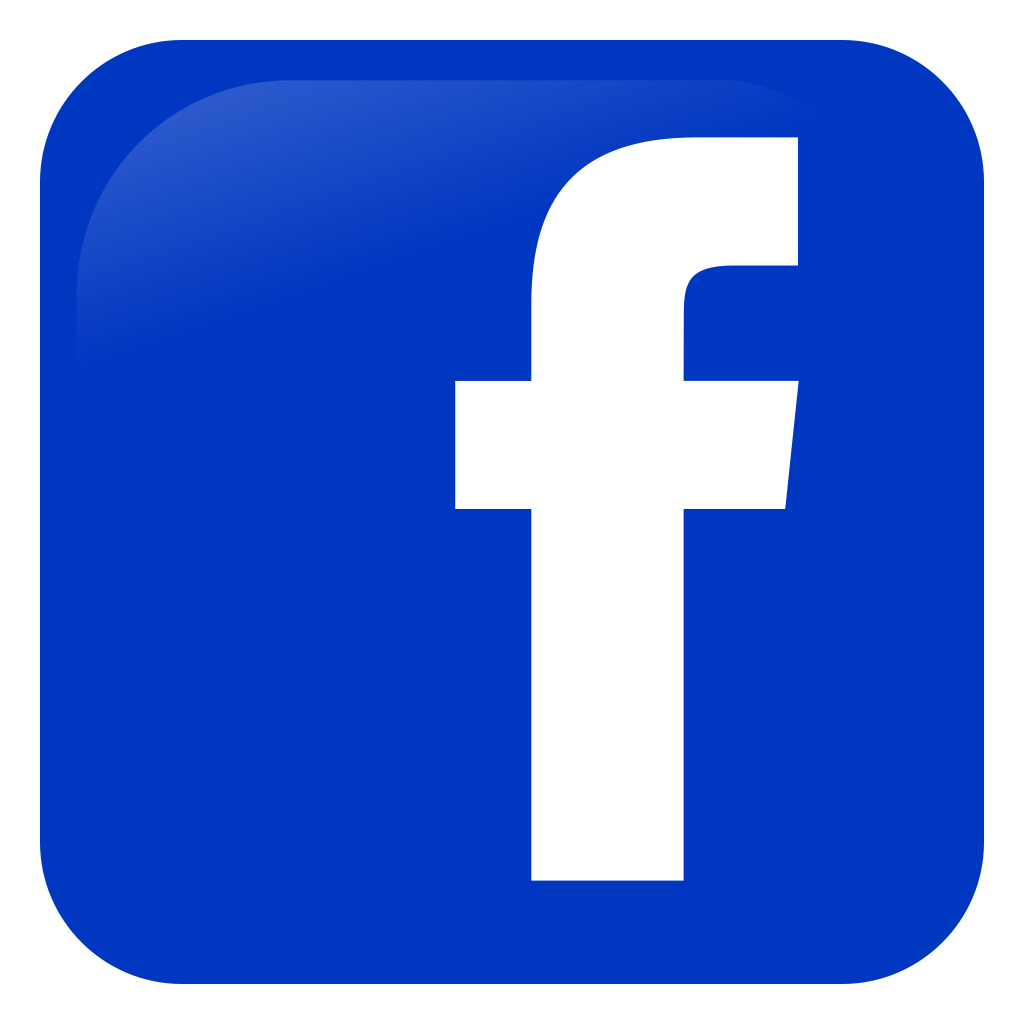